The “Good Shepherd” at MuBa 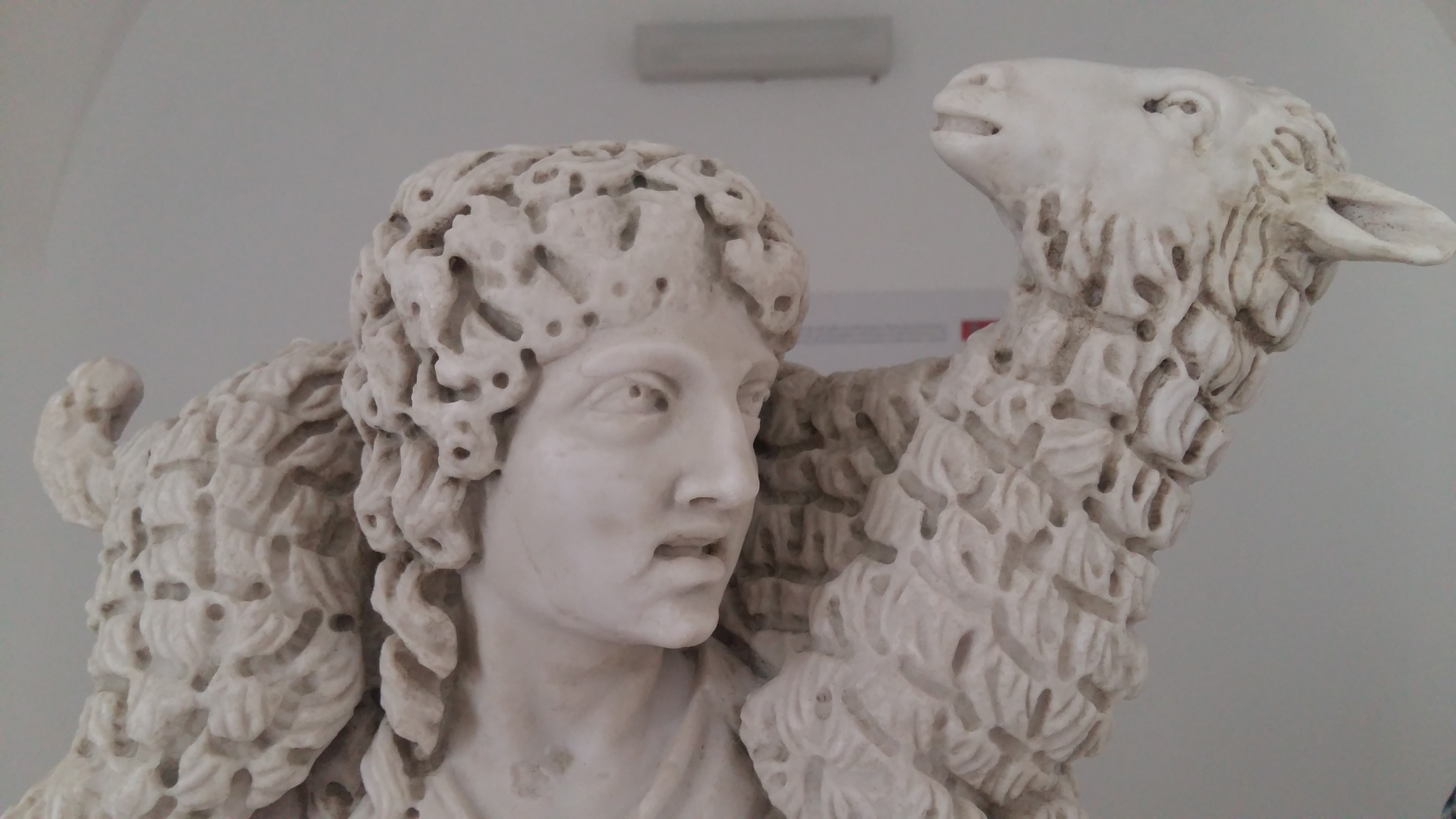 The “Good Shepherd” marble statue, a symbol of early Christian art, is the most famous find in the collection of Christian antiquities of the Vatican Museums. Originally a pagan symbol, it was also used by Christians.
The figure is a reference to an idealized bucolic world, in opposition to the urban life world, populated by fine shepherds who discuss profound existential themes.
The shepherd’s figure was a symbolic representations of the god Hermes, the Roman Mercury, too.
The image of a shepherd wearing a lamb (or a ram) on his shoulders (in greek kriophóros) remind benevolent Hermes, carrier of souls in the afterlife. In the early centuries of the Christian era, this image moved away from the pagan god, symbolizing and personifying humanity’s benevolence: the Greek word ‘philanthropy’. 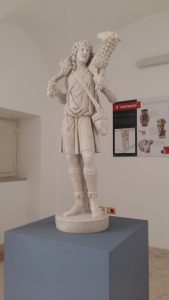 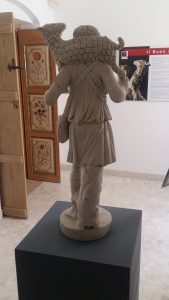